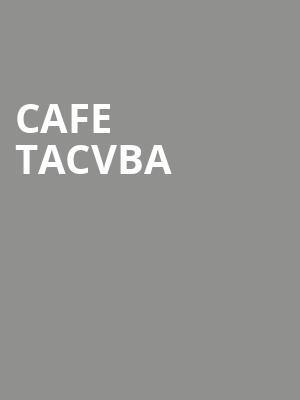 Cafe Tacvba, one of Latin America's leading alternative-rock groups, embarks on a brand new North American tour this year. Celebrating over thirty years together, the four piece's unique style has garnered them fans from across both Latina and global markets.

With frontman, Ruben Albarran famed for his eclectic style and with the band taking heavy influence from traditional Mexican folk the band's popularity steadily rose throughout the 90s. With plenty of albums under their belt, the group has a plethora of hits to give their vast fan base happiness! This is a night not to be missed!

Some venues are age restricted, please check with the venue before purchasing tickets!

You may be required to have had a COVID vaccine in order to attend this performance or show proof of a negative test. Please contact the venue directly for more information on this.

Sound good to you? Share this page on social media and let your friends know about Cafe Tacvba at Arlington Theatre.