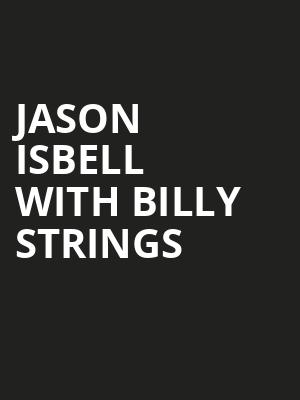 The band's epic treatment of "Cover Me Up" - with marching-band percussion punctuating the final chorus like an over-amplified heartbeat - remains a highlight of the show, with Isbell reaching into the rafters of his register to bellow the chorus.

Hailing from Alabama, singer-songwriter Jason Isbell has enjoyed a hugely successful solo career since his departure from fellow genre heavyweights Drive-By Truckers in 2007. Along with his band, The 400 Unit, the celebrated country rocker bagged four Grammy Awards for his gritty Americana-infused sound. With seven studio albums to his name, Isbell now presents his latest work Reunions on tour with up and coming bluegrass muso Billy Strings.

Named by Rolling Stone as one of the Top Ten Country Artists to Know in 2017, William Apostol AKA Billy Strings has gone from strength to strength ever since his debut with the famed mandolin player and partner Don Julin. Thanks to his lightning-fast fretwork and a gift for dazzling improvisation, he's fast becoming one of the top string pickers of the last decade.

Seen Jason Isbell with Billy Strings? Loved it? Hated it?

Sound good to you? Share this page on social media and let your friends know about Jason Isbell with Billy Strings at Santa Barbara Bowl.